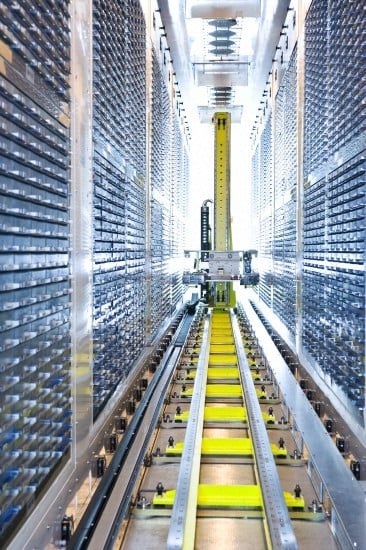 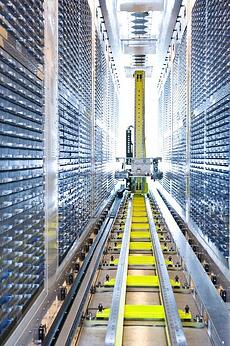 One of the biggest challenges in epidemiological research is study size - studies of very large groups of people are needed to ensure that results are statistically significant. Large numbers of participants must be recruited to provide DNA samples and consistent collection of phenotypic and environmental information is also often required. The centralized biobank at the Karolinska Institutet (KI) is an organization that has been very successful in recruiting participants despite these challenges.

What is the KI biobank?

The centralized biobank at Karolinska Institutet is a resource for the collection, handling and storing of human biological material and data which is aimed at promoting scientific excellence within molecular and genetic research. There are many genetic projects which are a part of this biobank and DNA in saliva has been instrumental in contributing to the growth of this important resource. In this article, I will profile two of the important projects within this biobank and how DNA from saliva, collected with Oragene, has helped the KI biobank become one of the largest in the world.

Mail-based study for the cohort of Swedish men (COSM)

The first project is the Cohort of Swedish Men (COSM) which is a multidisciplinary longitudinal study on the association of lifestyle and genetic factors with morbidity and mortality in middle-aged and elderly men. The COSM is a population-based cohort study that includes about 50,000 men born from 1918-1952. Prior to the baseline data collection in 1997, a pilot study[1] was conducted using the Oragene self-collection kits to determine if a non-invasive saliva collection method would help contribute to the success of the DNA collection. Saliva samples were requested by mail from 611 men and a response rate of 80% was obtained. When the DNA was extracted from 90 randomly selected samples, visual inspection on an agarose gel showed high molecular weight DNA (>23 kb) and no degradation. Total DNA yield (quantified using Picogreen and a FLUOstar Optima device) achieved a mean value of 40.3ug. The conclusion of this pilot study was that the DNA collected with Oragene saliva samples is of high quality and can be used as an alternative to blood DNA, improving the response rate. Today, more than 40,000 samples have been collected with Oragene and mail-based collection remains their preferred method.

With the information from the cohort, the team is able to investigate major chronic diseases such as cancer (prostate, colon, bladder, kidney etc), cardiovascular disease, osteoporosis, cataracts, lower urinary tract symptoms (LUTS) and obesity. The COSM will be extended to facilitate studies of genetic susceptibility and of interplay/interactions between lifestyle factors and genes in the development of chronic diseases.

The second project is the KI Swedish Twin Registry, which was established in 1960 to study how smoking affects health. This project has evolved over the past decades to include DNA collection and data.  Presently, there are about 30 ongoing projects based on the twin registry which cover a broad spectrum in public health. Some areas being investigated are aging, dementia, allergy, cancer, and cardiovascular disease as well as the effects of gender differences on health and life-situations.

How does a twin registry generate the volume of DNA samples needed to become an international resource when so many other studies struggle to collect adequate numbers of samples? Originally, the KI Twin Registry collected whole blood samples and as of August 2006, they had collected DNA from 5350 individuals of which 2150 were twin pairs. The twin registry looked to DNA saliva samples collected with Oragene to help meet their recruitment goals. Oragene, which provides a non-invasive self-collection method and high quality DNA, is also stable at ambient temperatures. This makes Oragene an ideal choice for mail-based collection, which is the option the twin registry chose to explore. Today, they have collected DNA from more than 85,000 twin pairs (monozygotic and dizogotic) and more than 60,000 samples were collected with Oragene saliva kits. The Swedish Twin Registry is the largest in the world and it has become an invaluable resource for medical research for the international scientific community.

These 2 projects clearly demonstrate how DNA from saliva collected with Oragene can vastly improve recruitment numbers, donor compliance and help build internationally recognized biobanks that benefit the scientific research community worldwide. We are proud of our involvement in these projects and congratulate Karolinska Institutet on their success.