END_OF_DOCUMENT_TOKEN_TO_BE_REPLACED

Rookie mistakes – they will occur. I remember the first time I tried to reach out to Dr. Cynthia Beall, Distinguished Professor of Anthropology at Case Western Reserve University; it was my first year selling Oragene kits to US researchers, and still in the midst of trying to figure out the key genetic researchers in my territory, I clumsily attempted to sell to Dr. Beall. She quickly reminded me that she needed no introduction to the benefits of Oragene, describing herself as the collection kit’s “poster child” having used the product for multiple projects in the past. Yes, my rookie mistake indeed.

Dr. Beall’s resume with Oragene is quite impressive in its global reach having used the kits to collect saliva samples in places as remote and far-reaching as Ethiopia and Tibet. With a prospective study in Nepal, I organized a lunch meeting with her on one of my visits to Case Western.

When I met Dr. Beall, it was a drab day with sporadic showers (apparently nothing new for September in Cleveland). We enjoyed lunch at a local university restaurant which featured delicious Middle Eastern cuisine. Over pumpkin lentil soup and Diet Coke, Dr. Beall described her work and how Oragene functioned as an enabler for her research. Without Oragene, Dr. Beall revealed, she would not be able to obtain and stabilize a DNA sample in many of these remote locations. 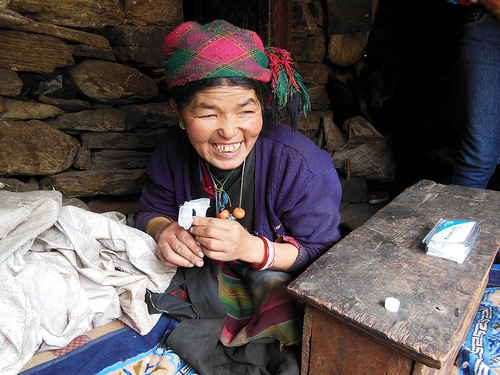 Several months later, Dr. Beall ordered over 1300 Oragene kits and booked a ticket to Nepal to study the genetics of natural selection in high altitude Nepalese women. In conjunction with researchers from Case Western, the Cleveland Clinic, the University of Chicago and the Nepal International Clinic, Dr. Beall carried Oragene kits over 3000 meters up into the Himalayans to examine EPAS1, EGLN1 and HIF1α, genes responsible for regulating hypoxia (low oxygen availability), and their correlation with fertility levels and child survival.

With Oragene, Dr. Beall and team are currently able to non-invasively obtain DNA samples exclusively from saliva. The Oragene kit’s robust design protects the integrity of the DNA sample as the kits travel and are stored between hot and cold temperatures at various levels of altitude—no easy feat. 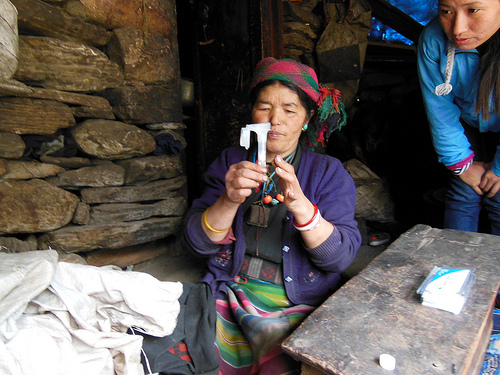 Later this year, the samples will be shipped back to the United States where various statistical and population genetics analyses will be performed, including SNP geno-/phenotyping analyses using Illumina technology.

The health implications of this research cannot be understated as EPAS1, EGLN1 and HIF1α are involved in instances where people or tissues become hypoxic including wound healing, temporary pulmonary obstruction, diseases associated with hypoxia (such as pneumonia, chronic obstructive lung disease, heart failure, and cystic fibrosis), and even instances of acute exposure to ambient hypoxia (such as exposure to high altitude).

Special thanks to Dr. Beall for her ongoing support and for sharing these wonderful photographs from her most recent collection.

Key Themes at the European Society of Human Genetics Conference 2022